Shining Shoes-Does Your Spouse Do It? 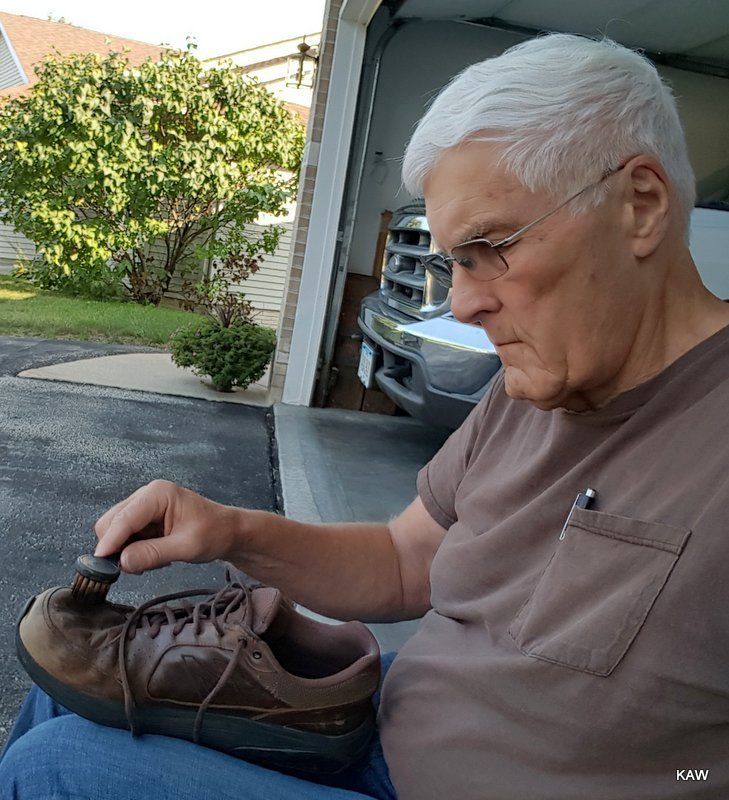 She/He doesn’t? I thought so; mine doesn’t either. So there I was, in the garage, enjoying the great weather, shining shoes.

Actually, there were three reasons I was enjoying it.

First, I had just completed the course to renew my flight instructor certificate and mailed the paperwork to Ankeny. Then it will go to Oklahoma City. Then, If I’m lucky, I’ll get my new certificate before we go to Texas in early November. If I’m unlucky, it’ll be a bit of a hassle to get it, as they do not permit them to be forwarded. The last time that’s what happened. I had to change my address to Texas for a few days until they could mail it. Then change it back to Cedar Rapids. The insane thing is that it is the mailing address they put on the certificate!

Second, I was listening to some great polka music from WRJQ, an Internet radio station in Appleton, WI.

And third, the weather was great! Oh how I love this lower humidity!

How Long Does a Shoe Shine Brush Last?

Remember the ad on TV for John Deere tractors? Two old farmers are sitting on the porch. One asks, “How long does a John Deere last?”

The other responds, with a puzzled look on his face, “How —long  —does —a John Deere —last???” The implication being that no one knows; it’s too early to tell!

Well, the brush I used today is at least 58 years old. And it’s in great shape—quite possibly due to little use shining shoes over those 58 years. It’s unbranded but is “100% horsehair.” I guess it’s like Craftsman tools. They last forever if you don’t lose ’em! 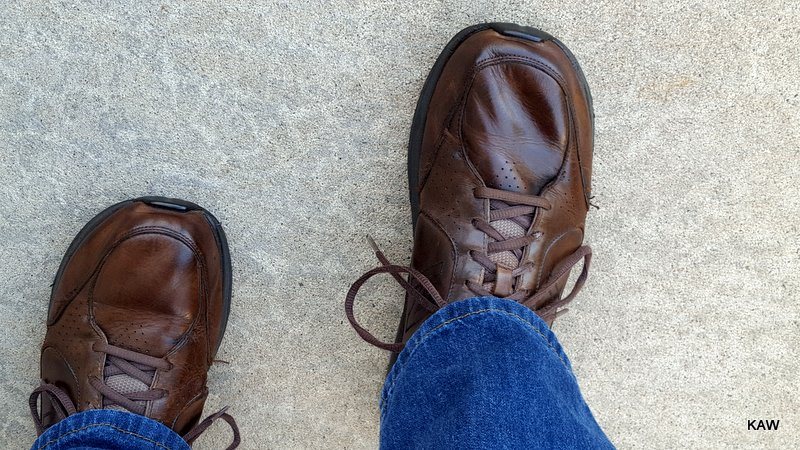 Oh, they look so much better now!

I got the brush as part of the required kit shortly after entering the USAF at Lackland Air Force Base in February, 1958. It was stamped “W-1314,” which was the first letter of my last name and the last four digits of my USAF “part number.” The stamp is almost worn off, but I know whose it is so no problem with that. As you can see, it does a good job when put to work!

The brush had another use, too. It was used to sweep the barracks floor before inspections!

I believe I had my folks ship the receiver for my ham radio station down to me. It also received standard broadcast stations. That brought a little bit of Iowa to my barracks room down there in Texas. That was one of the years that the Garnavillo girls basketball team, the Candy Stripers, did so well. I listened to one of their games on either WHO or WMT. (I had to look “stripers” up to make certain I had the right number of Ps in it; I didn’t want to make the girls into something they weren’t.)

That radio, by the way, is over 62 years old. It went to Taiwan with me. And it’s still with me. It’s out in the garage and gets turned on whenever I’m working out there. It does need a bit of work, as it is pretty “hummy” and not very sensitive.