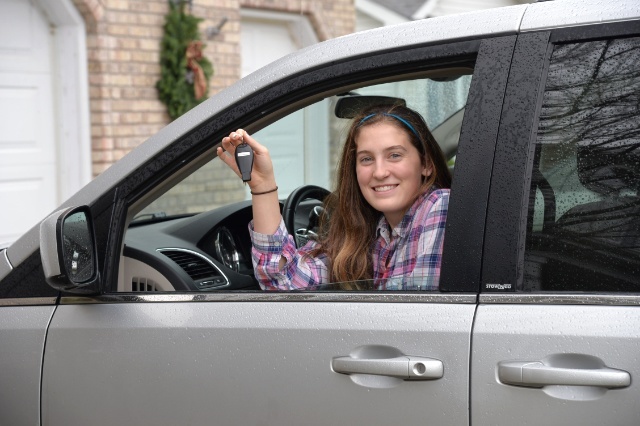 In so many ways, driving represents freedom. Teenagers dream of the day that they pass their driver’s test and can drive a car by themselves without an adult present. The freedom that this gives them is liberating. It’s an important part of a teen’s life, especially around the time when they are faced with so many decisions about what they want to do in their future.

I don’t remember much about my older sister learning to drive. I remember small arguments between my mother and her about writing down hours and have heard stories about her driving lessons, but, for the most part, I didn’t pay much attention to her learning experience. I wasn’t very focused on it, because at that time in my life, I wasn’t worried about getting a driver’s permit or license. Of course, I saw the benefits, but I wasn’t sure why it seemed like so many older kids were obsessed with driving. I was able to get where I needed to go just fine from my parents and the bus, and I didn’t feel a need to go anywhere else at that time. Now, however, I understand some of the hype.

For one thing, being able to drive gives you more control over your life. Throughout the end of eighth grade and the beginning of freshman year, I have realized how much I depended on others to get me where I needed to go. If Rachel was unable to drive me home from school, I had to either wait for my parents, ride the bus, or negotiate a ride from someone else. There were a few instances when I thought that Rachel could give me a ride home right after school, only to find out that she had to stay for an extra hour for an extracurricular. When this happened, I found myself stuck at school until she could bring me home, as I had missed the bus and my parents weren’t willing to drive way out of their way so that I would be home twenty minutes earlier.

It wasn’t like these situations were all that awful, but it was the complete lack of control that irritated me. I wasn’t able to help myself; I was completely depended on other people to be able to get around. Which meant that if I forgot my books at school, needed to pick something up at the store, or even wanted to hang out at a friend’s house, I was at the mercy of the willingness of those around me to take the time out of their day and drive me there.

I guess this was why the concept of riding my bike to school appealed to me so much in eighth grade. I wasn’t depending on other people to get me to school. I was completely in control, from the moment I left my garage to the instant I rolled onto school property. I used to think to myself that if I wanted, I could go anywhere I wanted. It was liberating to think that I was choosing to go to school, rather than feeling like I was being forced when someone else drove me.

Now that I’ve started driving, I see that driving a car is about much more than being able to move around. It’s harder than I thought it would be, not only the controls, but the rules of the road and customs for dealing with other drivers. Driving a car is complicated, and it isn’t something to be taken lightly, considering the high amount of deaths caused by car collisions every year.

However, when I first drove my mom’s car in a nearby church parking lot after getting my driver’s permit, I felt that rush of freedom. Driving a car isn’t as easy as I thought it would be when I was younger, and it is going to take me a while to get used to it, but I have to admit, it is nice to be finally free. See you next week!