Curiosity and the Cat 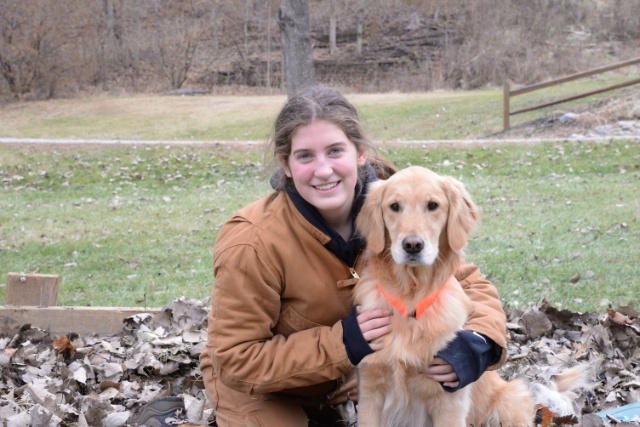 I’ve mentioned before that my pets are constantly teaching me things. My cats have taught me countless lessons, many of which have made an article. However, I’m not sure that I touched on my dog, Sadie, and how she has taught me a lot. Not only in things like “responsibility” and “time management” or any of the other lessons that people usually associate with dogs. This time, my dog gave me a slightly more…original lesson.

For the most part, I think that my dog, Sadie, understands most of the ways of the world. She’s almost five now (as weird as that seems to me), and is pretty worldly knowledged, as far as dogs go. She realizes that cars are dangerous (even if she doesn’t seem to care), knows that she eats in the morning and dinner, recognizes what it means when Mom grabs the leash and her tennis shoes, and also knows what it means when Mom starts the bath running upstairs. But sometimes, I think there are still things in this world that can surprise her.

There was one day that Mom and I took Sadie on a walk. It seemed normal at first. It was warm, and Sadie was excitedly skipping around while Mom tugged on her leash to get her to heel. However, when we got halfway down our street, we spotted something that we had never seen before. There was a sleek, patchy young cat staring at us from one of our neighbor’s yards. I stopped, and grabbed onto Sadie’s leash tightly, fully expecting the cat to spring away and invoke Sadie’s chase. However, the cat didn’t run away. On the contrary, it stood up and strolled over toward us with an innocent naivety and confidence that only cats can carry.

Sadie’s ears were immediately perked. She stared at the small, barely grown kitten that was sniffing our ankles with her head cocked. I was holding her leash tightly while Mom picked up and petted the cat, which had a collar and we could see belonged to one of our neighbors. The cat was very friendly, and rubbed it’s face against my mom’s hand, seeming content to be petted. Eventually, my mom put the cat down, and it looked over at me and Sadie, and trotted over to check things out.

Now, if you’ve met my cats, you might think that they’re sweet or friendly. And they are… when company is over. They can be nice, but for the most part, they act like grumpy balls of fur with a vendetta against four legged creatures that wag their tails and bark. In simpler terms, our cats do not get along very well with Sadie. Sadie doesn’t have a problem with them, but she learned a long time ago to avoid them or risk getting a clawless smack on the nose. Naturally, after living only with these grumpy, disgruntled cats for all of her life, she assumed that every cat must be like that.

At that moment, she was confronted with a creature that smelled like, looked like, and in almost every other way seemed like the cats we have at home. But this one acted totally unlike our cats around Sadie. At most, they tolerate her. But this one walked around her feet, and even allowed Sadie to sniff her. She didn’t seem to want to play with Sadie, but she was totally unconcerned when Sadie came close.

Sadie was totally enraptured. She stood there for five minutes just staring, almost confused as to what she was supposed to do with such a little, fragile looking creature. She tried getting the cat to play by jumping around it, the same way she plays with dogs in our neighborhood, but the cat didn’t join in. It was weird to see Sadie trying to interact with something she didn’t know, and watch as she eventually just layed in the grass with her head resting a few feet away from the playing cat.

There was something so pure and adorable about the way Sadie didn’t understand the little kitten, or how to play with it. She was so curious, so captivated by the tiny cat that her enthusiasm was infectious. The whole experience was so simple, and yet there were so many messages that I took from it that it’s difficult to narrow it down to one lesson that I took from the situation.

If I had to, though, I would say Sadie taught me never to stop being curious. Never stop wondering what else is out there to discover, and to learn. Never accept that you’ve learned, seen, and experienced everything there is. Sadie might have thought that the cats she knew were the only kind there were, when in reality, a cute little playmate was waiting just down the street. This week, remember Sadie and the little kitten from down the street, and be curious. See you next week!