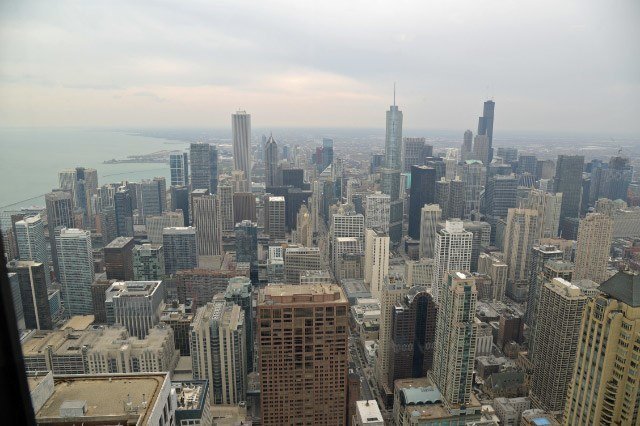 It’s funny how sometimes we forget how narrow our experiences can be. I’ve lived in a small town in Illlinois my entire life. Always the same house, on the same street. I went to the same school, with the same people, on the same bus route. My family has visited other places, like the Dells in Wisconsin, and cabins in the mountains of Tennessee, but I can’t really remember a time when we stayed in a place like Chicago, where everything is so different.

When we visit a place like the Dells in Wisconsin, it feels like a vacation. No one, save for the employees, actually lives there. It’s all families on vacation, enjoying some time away from work and school. In the Tennessee mountains, it was all resort cabins, and everyone there was on vacation, too. Even the towns and cities that we visited didn’t seem that much different than any large town where I live. It was all relatable and normal.

Chicago wasn’t anything like that. It was huge, noisy, and hurried. There were so many things that were different compared to here. One of the things that stuck out the most to me was how there was no parking space. Anywhere. All parking lots were for people who paid, and the parking garages were almost always packed. Everyone walked from place to place. I saw more people walking on the sidewalks outside than I ever had when I’m outside at home. I thought that was strange, because I almost thought in a city, it would mean more people took cars because that would be faster, but in that kind of traffic, I guess it would be faster to walk.

My older sister mentioned a few times while we were there that she would love to live in a city like Chicago. Part of me agreed, caught up in the enormity and beauty of the city, but at the same time, the other part of me held back. While Chicago is a wonderful city, I’m not sure it’s the place for me.

I’ve always been fascinated by cities. The buildings, for one, are absolutely incredible. I couldn’t believe how small I felt, standing next to some of those massive structures. And the buildings make a beautiful skyline that my mom took lots of pictures of. Plus, in the city, you get this feeling of importance, of purpose. It’s a hard feeling to describe, but I always felt productive when we were there. I fell asleep at night to the sound of cars rushing past, and I never felt like I was alone. I always knew that there were things happening.

But at the same time, while Chicago might be a huge and important city, it almost dwarfs everything by comparison. It almost made me feel insignificant, when I thought about how I was only one of millions in that city. And while I never felt truly alone in Chicago, it was a little unsettling how the city never slept. Lights were always on, cars always running. Because of light pollution, the sky never got darker than a hazy twilight at best.

Spending a few days in Chicago was really eye opening for me. It was a shock for me, to see that there really are huge cities out there, that people live and work in. And while I suppose cities can be fun to visit, I know that they really aren’t where I belong. And that’s okay. I can always admire them from afar. See you next week!