Hollywood! All Want To Go!

Hollywood: Everyone Wants to be an Actor! 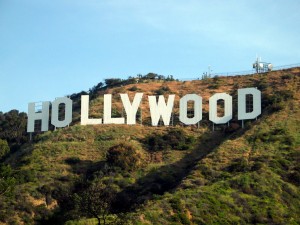 Hollywood: The life to which many aspire!
“Image by LAtourist.com”

When we are little, and people ask us what we want to be when we grow up, a common answer is acting.  When I was younger, I had a little part of me that wanted to be an actress when I grew up.  Part of me still does.  I don’t really understand why I want to be an actress, considering that I don’t like speaking in front of any type of audience, and I wouldn’t like that level of attention.

To be an actor/actress, you have to have charisma.  You need to be confident, outgoing, and friendly.  I find it very hard to be outgoing, so to see actors on TV with their charm and wit, part of me thinks, I really want to be like them.  I want to be able to speak in front of audiences and feel confident.

When I watch behind-the-scenes footage of movies and TV shows, the cameras capture a picture of fun, jokes, and enjoyment.  The actors look like they are having so much fun, and it makes me wish that I could have that much fun when I get a job.  However, something we should all try to remember is that things aren’t always as they seem, and the life of a celebrity is often more stressful than it looks.

I Gave Acting a Try

Recently, I tried acting.  A group of kids at my church were acting something out on a video, and I played a part in it.  For some reason, I found it very hard.  I couldn’t figure out where to look, how to stand, how much facial expression to use, how loud to say my lines, etc.  It made me appreciate just how hard actors and actresses work to make their acting look believable.

The main reason that I wanted (and still want) to be an actress is because I am not a naturally outgoing person.  I’m not very good at meeting new people, and I dislike public speaking.  When I see the actresses on TV, they seem so sure of themselves, who they are, what they are good at.  I feel envious of their confidence.  Something that I’m slowly discovering, however, is that while I may not be the right fit for an acting career, I have individual talents that other people don’t have.  While these talents may not include public speaking or acting, I can still be proud of the things that I am good at.

I think some people want to be actors or actresses because of how we see them.  Successful, happy, and confident.  Part of us wants to be that way as well.  I think what we forget sometimes is that we can all still be successful, happy, and confident by doing the things that we are good at, and things we enjoy.  And we don’t need to be on TV to do it.  See you next week!